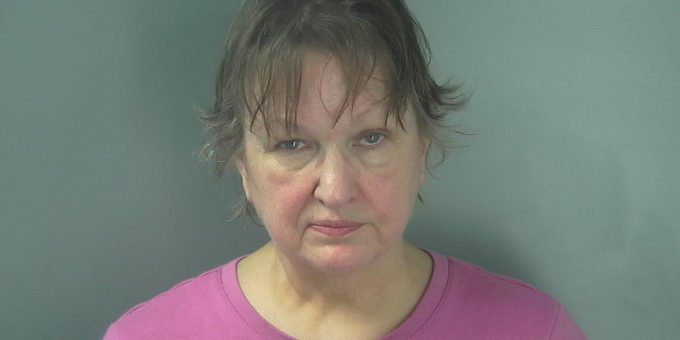 (BLOOMINGTON) – Bloomington Police Department officers arrested a woman late Wednesday evening in reference to the incident in which two pedestrians were thrown from a vehicle on Monday evening following demonstrations in downtown Bloomington.

According to Bloomington Police Captain Ryan Pedigo, on Monday at approximately 9:26 p.m., officers from the Bloomington Police Department responded to the intersection of North Walnut and East 6th streets in reference to a personal injury crash.

When officers arrived they found the vehicle involved had fled the scene. It was last seen traveling eastbound on 6th Street.

“Investigators determined that the incident began near the intersection of North Walnut Street and East 4th Street,” said Capt. Pedigo.

Another individual then grabbed the car and clung to the side of it as it accelerated rapidly northbound on Walnut Street. The two individuals remained on the vehicle until the vehicle reached the intersection of Walnut and 6th Street, where the vehicle quickly turned eastbound on 6th Street. This turn caused both the man and the woman to fall off the vehicle.

The 35-year-old man suffered abrasions to his arms as a result of falling from the vehicle. The 29-year-old woman was knocked unconscious and suffered a laceration to her head. She was transported to the hospital by ambulance for treatment of her injuries.

Several individuals present at the time the altercation provided investigators with cellphone footage of the incident.

On Wednesday, July 9, investigators were able to determine that the registered owner of the red passenger vehicle involved in the incident was staying at a motel in Scottsburg, Indiana.

Investigators traveled to Scottsburg and located the vehicle in the parking lot of the motel. Shortly thereafter, the registered owner and a man, later determined to be the passenger in the vehicle at the time of the incident, were observed exiting a motel room and were detained by investigators.

The man was interviewed and released.

Christi Bennett, of Scottsburg, was transported to the Bloomington Police Department to be interviewed by detectives. However, once at the police department, the woman and her legal counsel declined to provide a statement. Bennett was arrested and transported to the Monroe County Jail.

The vehicle involved in the incident was impounded to be processed in an effort to collect evidence related to the incident.