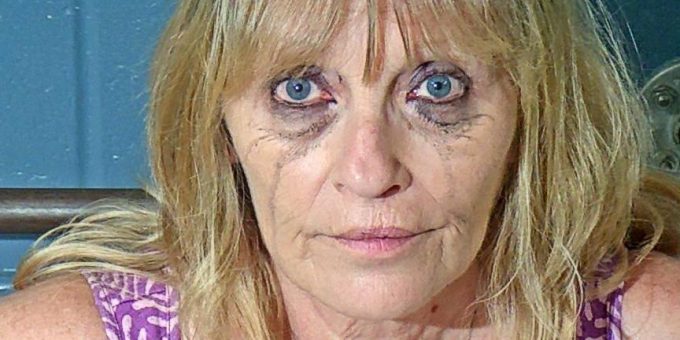 (BEDFORD) – Bedford Police arrested 60-year-old Beth Axsom after they stopped her vehicle for an equipment violation near 14th and L streets Friday night.

“Axsom showed signs of intoxication and was offered the opportunity to perform field sobriety tests,” said Chief Terry Moore. “During the test, she became verbally abusive and struck an officer in the chest.”

Officers then attempted to place handcuffs on Axsom and she started resisting. Once officers gained control of Axsom she was asked to submit to a chemical test and a blood draw but refused. Police then requested a warrant for the blood-draw.

“After she received the blood draw and during the processing, at Bedford Police Department Axsom slipped off the handcuffs and attempted to leave,” added Chief Terry Moore.

Axsom is facing charges of operating a vehicle while intoxicated, disorderly conduct, resisting arrest, battery against a police officer and escape.