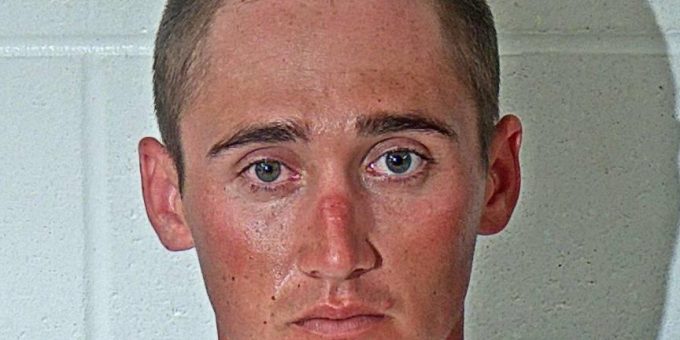 (BEDFORD) – Indiana State Police arrested 24-year-old Logan Stillions, of Oolitic, after a warrant was issued for his arrest on charges of forgery and theft.

According to a probable cause affidavit, on April 26, 2020 a woman went to the Lawrence County Sheriff’s Department to report her payroll checks were sent to the wrong address and someone had cashed them.

The woman told police she works at Jay C Food Store in Bedford and had started her job three weeks ago. When she didn’t receive her paycheck she contacted the store’s administration personnel who said they had mailed her paychecks and someone had cashed them.

The administrator at JayC Foods said the woman had failed to update her mailing address after she moved.

On the back of the checks was written ‘pay to the order of Logan C.
Stillions’.

The woman had previously lived at that address with her mother. The property owner at that time was and still is Logan Chase Stillions. The woman told police she and her mother did not owe any past due payments when they moved out of the residence. She also told police that she had not given anyone permission to cash her checks.

The woman did not want to file charges against Stillion.

When police went to the home, the house was being renovated and they learned from a neighbor that Stillions had been living in the home for about a week.

The case information was then forwarded to the Lawrence County Prosecutor’s Office and a warrant was issued for Stillions’ arrest.