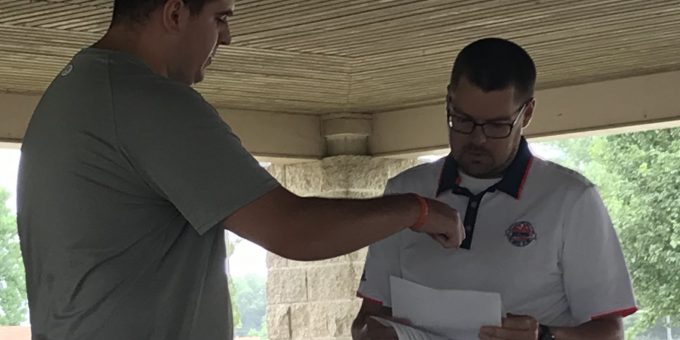 (LAWRENCE CO.) – The goal of the Lawrence County Young Republicans Club is to get local men and women involved in government, running for offices, and be connected to issues affecting citizens at local, state, and national levels.

On Saturday morning the group met at Thornton Park Pavillion.

Bob Cline, Deputy Prosecutor of Lawrence County, and Eric Koch, State Senator, Indiana District 45, attended Saturday’s meeting to give suggestions on how to get involved, how to run a campaign and, how to get involved in the upcoming General Election.

The organization will start accepting members at the next meeting which will be held in July. Dues are normally $20 but with COVID- 19 related issues dues will be $10. Members are 18-40 years of age.

The group will also take part in fundraisers and other community events throughout the year. T-shirts are available to be purchased for $20.

Officers of the organization:

To find out more information you can visit Lawrence County Young Republicans on Facebook.