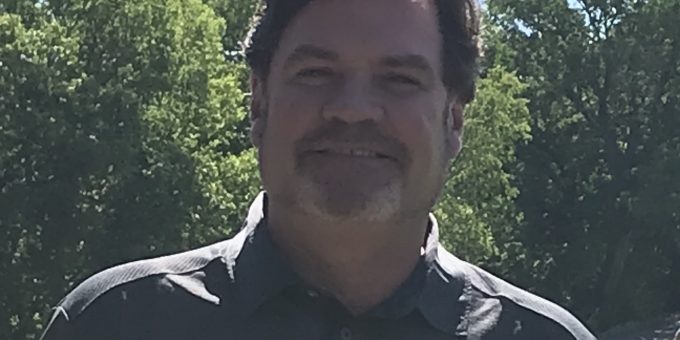 (BEDFORD) – John Bertges is the newest Golf Pro at Otis Park. John has been on the job for about four weeks.

John grew up in Centralia, Illinois and explained some of his experiences and his love of the game.

“The very first guy I worked within the golf business was a guy by the name of Tom Wargo,” said Bertges. “He taught me how to play and I fell in love with golf.”

“I use to go out in the field and catch golf balls for him. He would say go out with your ball mitt, John. He hit shots to me, and I would only have to move one or two steps to the left, or one to two steps to right. He was a good hitter,” Bertges exclaimed.

“I grew up around the game and played every day and I knew from that moment I was going to be playing golf,” Bertges stated.

Bertges went on to explain that he always loved the game of golf and athletics. He also played baseball for a number of years.

The biggest thing that got him into golf was the connection between you and nature.

“You are just out there by yourself. You make your own decisions, you do not have to depend on other players, and inevitably it is all on you,” said Bertges.

In 1989, Bertges got involved professionally in the game and played miniature golf.

“I was playing pro, but not really enough to make a living. But I loved to play the game. I was fortunate enough; I got to travel all over the country to play,” Bertges continued.

“I played at Jupiter Hills in Florida working for top-line teacher and worked for a top professional in Indianapolis who was a PGA president, rules committee official for The Masters, and everywhere else. So being a boy from Southern Indiana I was able to be around these top-level individuals,” he added.

John served as Director of Golf in Jasper, Indiana for the last six and a half years, prior to being hired as the Golf -Pro at Otis.

One of the golf courses that Bertges has overseen was the 18-hole municipal Buffalo Trace golf course which had a 9-hole executive course and a driving range in Jasper. The course was recently decommissioned.

“They decommissioned the course this year because of flood issues,” he added.

John Bertges is glad to be back in southern Indiana and especially back around Bedford.

“I am very familiar with the people so this was a good and smart move for me. I am very glad to be here,” said Bertges.

Otis Park is a great community, a great golf course, and has a great history.

As a golf pro, Bertges hopes to bring good programing and teaching through golf as well as build the program.

Bertges has a goal of adding more golfers to the men’s and women’s league. In addition, he would like to add more programs to the public beyond what they have experienced in the past.

In Jasper, there were more than 200 children in that program and Bertges would love to see a growing interest among youth locally.