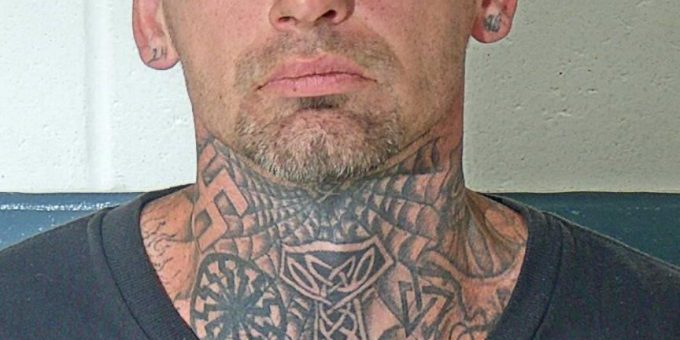 (BEDFORD) – A Bedford man was arrested Thursday afternoon after Bedford Police officers were called to Walmart about a possible theft suspect.

When police arrived they spoke with 44-year-old Joshua Terrell.

“Officers attempted to speak to Terrell, but he became agitated and loud,” said Assistance Chief Joe DeWees. “He was loud enough that it attracted the attention of patrons at the store. He was directed to be quiet several times but refused. At this time officers attempted to place Terrell in handcuffs and he resisted.”

Once handcuffed, Terrell was arrested on charges of possession of marijuana, public intoxication, and resisting arrest.