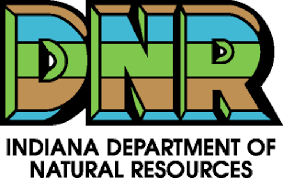 Proposed rule changes include adding ruffed grouse and cisco to the state’s endangered species list, establishing the new size and bag limits for saugeye taken on the Ohio River, and allowing air guns during the deer firearms hunting season. For a complete list of proposed amendments with additional information about each proposal, see wildlife.IN.gov/2362.htm.

The hearings are scheduled for:

Public comments can be submitted online at nrc.IN.gov/2377.htm. Locate the “comment on this rule” link in the Rulemaking Docket for the FW Biennial Fisheries Amendments or the FW Biennial Wildlife Amendments, whichever rule package the comment applies to.

Comments can also be mailed to:

The NRC will review the public comments before voting on the final adoption of the changes later in 2020. Rule changes that are given final adoption must still be approved by the Attorney General’s office and Governor’s office, and filed with the Indiana Register before taking effect.