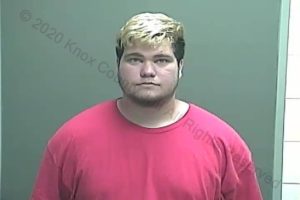 (VINCENNES) – A man wanted for two counts of rape in Daviess County has been arrested in Vincennes.

He was booked into the Knox County Jail where he is being held without bond. He is expected to be transported to Washington to the Daviess County Security Center.