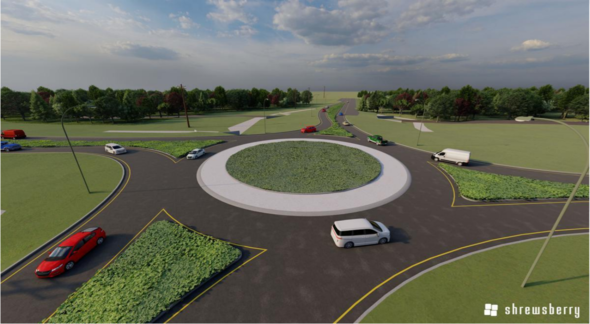 (WASHINGTON CO.) – The Indiana Department of Transportation has announced plans to move forward with a $2.4 million intersection improvement project at the Salem Bypass and State Road 60 in Washington County.

The project was proposed earlier this year at a public hearing held at Salem City Hall where local residents and officials were invited to view plans and documents associated with the project, in addition to sharing comments during an official comment session.

The existing two-way stop intersection will be converted to a single-lane roundabout, which aims to enhance safety by reducing the number and severity of crashes at this location. The project also includes full-depth pavement replacement, guardrail, and intersection lighting.

According to the Federal Highway Administration, roundabout intersections have proven to reduce fatal and injury crashes by 82 percent and eliminate vehicle conflict points within a stop-controlled intersection by 75 percent — from 32 conflict points to eight. Roundabouts also encourage slower vehicle speeds and allow more efficient traffic flow.

The contract is currently scheduled to let to contractors this fall, with construction expected to begin in 2021 and last one construction season. Closures will be necessary on the Salem Bypass and S.R. 60 next year while work is in progress. Access will be maintained to all businesses and residences along those routes.

Updated project information can be found on the INDOT website, including responses to official comments made at January’s public hearing.