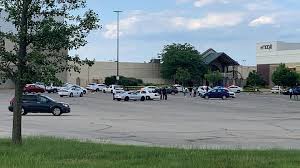 (INDIANAPOLIS) — A man wounded in a shooting inside an Indianapolis shopping mall has died of his injuries, police said Thursday.

A spokesman for the Indianapolis Metropolitan Police Department says the man was shot near the south side entrance of Castleton Square Mall on the city’s northeast side. The incident then moved into the mall parking lot, where police found a man on the ground and several people running from the area.

The man, who hasn’t been identified, was taken to IU Health Methodist Hospital, where he died from his injuries.

Officer Genae Cook says investigators don’t know what led to the shooting. However, it’s believed the shooting was not random, and “the individuals involved knew each other.”

People were detained for questioning, but Officer Cook didn’t know how many and whether they were considered witnesses or suspects. She did say police were not actively looking for a suspect.