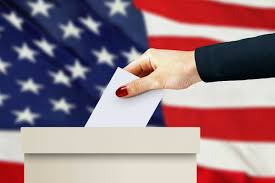 (LAWRENCE CO.) – The Lawrence County Election Board certified the results of the 2020 Primary Election Thursday afternoon.

There were four voting centers on election day with 7,905 voters casting ballots. The cost of this year’s primary was $49,274.

A total of 892 voters cast their ballots at the Mitchell Community Center on Election day and 200 voted early at the polling site.

The Lawrence County Election Board is considering making the Mitchell Community Center a permanent voting site for the City of Mitchell.

COVID-19 made this year’s election challenging. Those working the polls received several compliments on how they kept voters safe on Election Day.

The Election Board received just one complaint. The complainant accused that voting material was seen inside a restricted area.

The Election Board will now begin planning for the General Election in November. Officials are waiting to receive recommendations from the Secretary of State of Indiana.

At this time no candidates have asked for a recount. There are a few more days for them to make that request.

Mitchell Community Schools has four seats up for re-election. These include:

School board candidates can begin filing on July 22. Candidates must obtain 10 signatures from registered voters within their district. The deadline to file is August 21 at Noon.

Any questions about this year’s election can be directed to the Voter Registration Office at 812-277-2036.