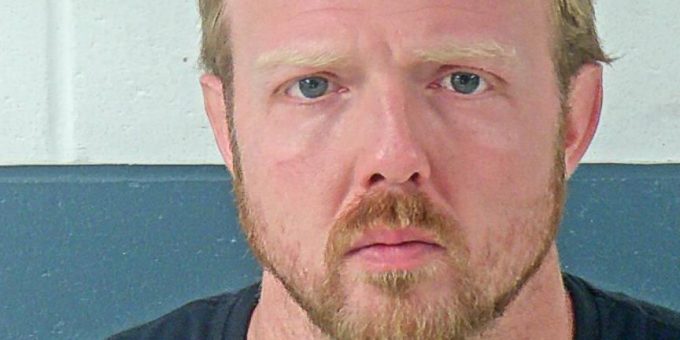 (BEDFORD) – A Bedford man was arrested after police say he placed a “noose” around a woman’s neck and cinched it tight, choking her.

Hogan was arrested after Lawrence County Police officers were requested to assist the Department of Child Services Thursday morning during a welfare check on children at a home in the 620 block of Donica Church.

While assisting, an officer noticed an adult female was limping. The officer asked her about her injury. The woman said on Wednesday that her boyfriend, Kyle Hogan, placed a “noose” around her neck and cinched it tight, choking her making her feel like she was unable to breathe. She says he then raped her and stomped on her and kicked her in the lower back and that is why she was limping.

He then threatened to shoot her and “cut her up into pieces.”

The woman had visible ligature marks on her neck, a swollen left foot and bruising on her back.

The woman also said Hogan had marijuana, meth, and drug paraphernalia inside the residence and garage.

Police secured an arrested warrant and Hogan was arrested without incident.