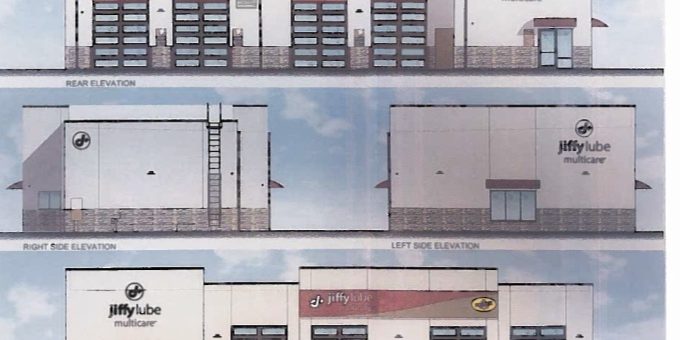 (BEDFORD) – In a special meeting Tuesday afternoon the Bedford Planning Commission approved the plans to open a Jiffy Lube in Williams Crossing.

The national chain will begin construction on a 3,400 square feet building which will include office/customer service area, two bays for oil changes, and two bays for auto service such as tire balancing and rotation.

During the meeting, no one spoke for or against the proposal. The building will be erected next to Buffalo Wings & Rings.

A minor subdivision was approved located at 30th and Washington Avenue. A lot will be separated into two lots which includes a house on one lot and a trailer court on the second.

Laura and Joseph George, of Pekin, intend to purchase and make improvements to the trailer court which will be called Rock Hill Park.

A neighbor, Kevin Rach, addressed several concerns about the proposal which included the conditions of the trailers, and other concerns that were law enforcement matters.

Angel Hawkins voted against the proposal with the remaining members approving the minor subdivision.