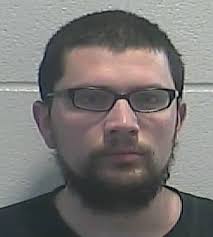 (SHELBYVILLE, Ky.) – An Indiana man faces murder and other charges stemming from the discovery of a New York woman’s body in a Shelby County creek.

Kentucky State Police at the Frankfort Post says they were contacted around 3 p.m. Wednesday after a kayaker came across the body while he was fishing in Clear Creek, which empties into Shelby Lake.

Troopers say the victim, who was pronounced dead at the scene by the Shelby County Coroner, was identified as 28-year-old Liliana Moss, of Nassau County, New York.  Her body was taken to the State Medical Examiner’s office in Louisville, where an autopsy was performed on Thursday.

The KSP says their investigation determined that 28-year-old William Dodd of Anderson, Indiana, was responsible for the death, and has been charged with murder, tampering with physical evidence and abuse of a corpse.

Police allege Dodd covered Moss’ mouth and nose, fatally strangled her, then placed her body in garbage bags and dumped her body into the creek.

After his arrest on Thursday, Dodd was taken to the Shelby County Detention Center, where he was being held without bond, according to the jail website.  No court date had been scheduled for Dodd, as of Friday morning.

State Police have not released a motive for the killing as the investigation continues.