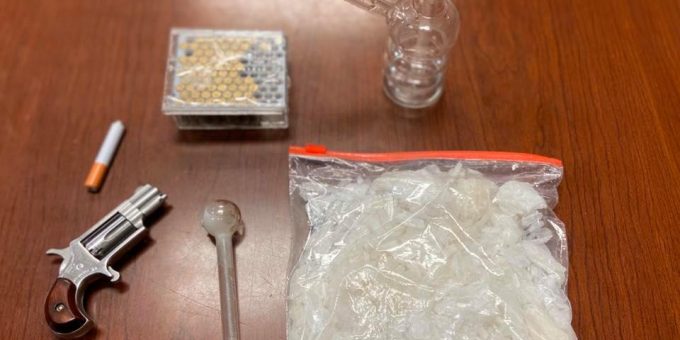 (WASHINGTON) – A half-pound of crystal meth was taken off the streets of Washington this week with a street value of approximately $24,000.

The Washington Police and the DEA Task Force worked together on Tuesday night.

Officers made a traffic stop at 10:30 p.m. at the I-69 exit. Police dog Drago alerted officers to the presence of drugs in the vehicle.

During a search of the vehicle, police found half a pound of meth, drug paraphernalia, and a loaded gun.

Police arrested the driver, 32-year-old Juan Dubon-Castillo, and his passenger, 40-year-old Elsa Madrigal. Two juveniles were also in the vehicle. They were released to the Department of Child Services.

Castillo is facing charges of dealing and possession of meth and drug paraphernalia and operating a vehicle while never licensed.

Madrigal faces charges of dealing and possession of meth and drug paraphernalia, neglect of a dependent.

Also assisting during the investigation and/or the traffic stop was the Indiana State Police and the Daviess County Sheriff’s Office.