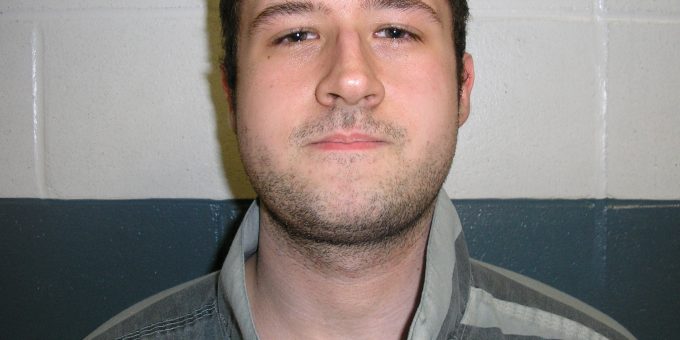 (BEDFORD) – A Bedford man was arrested on strangulation, domestic battery, and criminal mischief on Tuesday afternoon.

While on the way to the call, the dispatcher stated the male and female were separated.

As the officer was entering the housing addition, 20-year-old Deon Spencer, of 538 Trinton Circle, was leaving in a blue Chevrolet Malibu and traveling toward Vinegar Hill Road.

Once there a female told police that she was at home with a girlfriend and her son. The female was visibly upset and had visible redness and scratch marks on her neck.

The female told police that their dog recently had surgery to be fixed and the medication was making the dog sick so she asked Spencer to not let the dog in the bedroom, which angered him. She says Spencer ripped the door and the jamb off the wall. She then says Spencer kicked a hole in the wall and bathroom door.

The woman told police that Spencer then assaulted her by punching, kicking and choking her. She told officers that she was not for sure if she lost consciousness.

The woman wanted to file charges and signed a battery affidavit and a statement form and the Prosecutor’s Office issued a warrant for Spencer’s arrest.