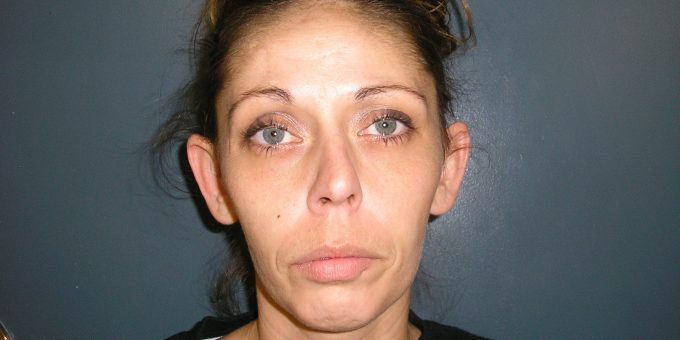 (BEDFORD) – A Bedford woman was arrested after she was stopped by a Bedford Police Officer on Friday afternoon.

According to Bedford Police Chief Terry Moore, an officer was patrolling in the area of State Road 37 and 35th Street when he spotted a vehicle traveling at a high rate of speed and stopped the vehicle.

“While the officer was working on a citation for speeding, a K-9 arrived from the Lawrence County Sheriff Department and performed a free air sniff and gave a positive alert on the driver’s side,” said Chief Moore. “While searching the vehicle officers located heroin, methamphetamine, marijuana, drug paraphernalia, and two types of medication not prescribed to Hackney.”