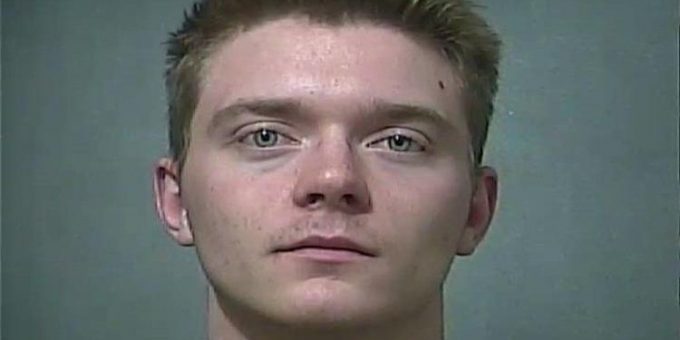 (TERRE HAUTE) – A Mitchell man pleaded not guilty on Tuesday to two counts of rape in Vigo Superior Court 3 before Judge Sarah Mullican.

Terry Wayne Slone III was arrested on Monday after a warrant was issued for his arrest on March 3. He is currently being held at the Vigo County Jail on a $35,000 cash-only bond.

Slone is accused of raping a woman who came to visit him at Sigma Nu fraternity house on the Rose-Hulman Institute of Technology campus in November 2019.

The woman told police that Slone had given her two bottles of wine, and she drank most of the wine with a small group of people who were playing drinking games.

The woman told police she was ‘stumbling drunk’ and went to lay on a couch in Slone’s room. She said she later felt someone trying to have sex with her and realized it was Slone. He did not stop when she said ‘no.’

The next day the woman went to an Indianapolis hospital, where a sexual assault kit was collected. The woman later contacted Terre Haute police. The kit was submitted to the Indiana State Police Lab, and test results identified Slone’s DNA, authorities said.

Slone denied having sex with the woman and told police the two were just friends, but not dating.