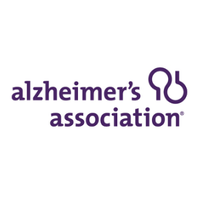 (INDIANAPOLIS) – A new survey of primary care physicians (PCPs) reveals that 82% say they are on the front lines of providing dementia care, but half (50%) believe the medical profession is not prepared to meet future demand.

The report also found that many PCPs are not confident in their care for patients with Alzheimer’s and other dementias.

·         Nearly one-third (27%) report they are “never” or only “sometimes comfortable” answering patient questions about the disease.

While one-third of PCPs (32%) say they refer dementia patients to specialists at least once a month, more than half (55%) say there are not enough dementia care specialists in their area to meet patient demand, a problem more common in rural areas. According to the report, 44% of PCPs practicing in large cities and 54% in suburbs reported there are not enough specialists in their area, while 63% practicing in small cities or towns and 71% in rural areas noted this challenge.

As the population ages and life expectancy increases, so will the number of people living with Alzheimer’s or another dementia,” said Natalie Sutton, Greater Indiana Chapter Executive. “The Greater Indiana Chapter is working hard to make sure necessary steps are taken to meet current and future dementia care needs. We are engaged in outreach with health systems and physicians across the Chapter to ensure the medical profession is prepared.”

The 2020 Facts and Figures report provides an in-depth look at the latest national and state-specific statistics on Alzheimer’s prevalence, incidence, mortality, costs and impact on caregivers. The new report estimates there are currently more than 5 million Americans 65+ living with Alzheimer’s nationwide – a number expected to nearly triple by 2050.

Full text of the 2020 Alzheimer’s Disease Facts and Figures report, including the accompanying special report, “On the Front Lines: Primary Care Physicians and Alzheimer’s Care in America,” can be viewed at alz.org/facts.

The report will also appear in the March 2020 issue of Alzheimer’s & Dementia: The Journal of the Alzheimer’s Association (volume 16, issue 3).

About 2020 Alzheimer’s Disease Facts and Figures

Versta Research conducted surveys on behalf of the Alzheimer’s Association about medical training and physician attitudes regarding the diagnosis and care of patients with Alzheimer’s and other dementias. Surveys were conducted during December 2019.  The sample size was 1,000 primary care physicians, 200 recent primary care medical residents, and 202 recent medical school graduates. To qualify for the survey, physicians had to have been in practice for at least two years and spend at least 50% of their time indirect patient care, with at least 10% of their patients being age 65 or older. For complete details regarding survey methodology, see page 66 of the report.

The Alzheimer’s Association leads the way to end Alzheimer’s and all other dementia – by accelerating global research, driving risk reduction and early detection, and maximizing quality care and support.