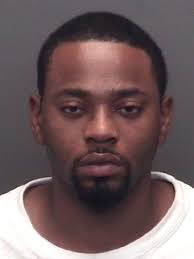 (EVANSVILLE) — An Indiana man has been sentenced to 15 years in prison after admitting that he “messed up” in a 2017 police chase crash that killed two children and a man, and seriously injured the children’s pregnant mother.

Frederick McFarland, 29, was sentenced Wednesday after pleading guilty in November to four counts of resisting law enforcement. Three of those charges stemmed from the deaths of a 7-month-old boy, Prince Carter; his sister, Princess Carter, 2; and Terence Barker, 26.

The fourth charge arose from the serious injuries suffered by Janae Carter, who was the sole survivor of the November 2017 crash in Evansville, about 170 miles (270 kilometers) southwest of Indianapolis.

Police officers tried to stop McFarland because they believed he was driving a car with a false plate, but he fled and led them on a pursuit that ended when his car slammed into a car driven by Janae Carter.

Sara Johnson, the grandmother of the two children who died in the crash, told the court that she and her family are still mourning their loss.

Johnson said her daughter, Janae Carter, was pregnant at the time of the crash and gave birth to a girl several months later. Terence Barker, who died from his crash injuries about a month after the crash, was that child’s father.

Carter has also sued the city of Evansville, alleging that her injuries and her children’s deaths were wrongful and resulted from the negligence of Evansville Police Department officers.

Before he was sentenced Wednesday, McFarland apologized to the victims’ family and asked for forgiveness, the Evansville Courier & Press reported.

McFarland’s attorney, Tanisha Carothers, declined to comment after the sentencing other than to say that she’s glad the case is over.