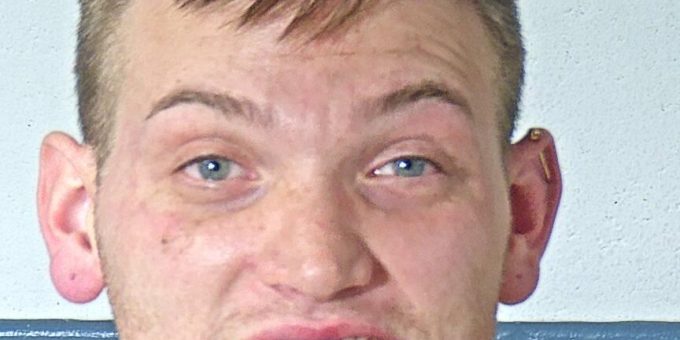 (BEDFORD) – A Bedford man was arrested early this morning after Bedford Police officers were called to the 600 block of 25th Street after a report of a fight.

“When officers arrived they found a male sitting on top of another male in the driveway near a vehicle,” says Chief Terry Moore. “Officers ordered Clayton Brooks to get off the victim and when he refused he was forcibly removed to the ground.”

After restraining Brooks, officers learned that the victim was attempting to stop Brooks from leaving in a vehicle because the victim felt Brooks had too much to drink.

“The victim told officers that while trying to stop Brooks from leaving Brooks ran over his leg causing an injury,” says Chief Moore. “Then Books exited the vehicle and began punching the victim in the face with a closed fist.”

The victim was transported to a local hospital for treatment for his injuries.

Brooks refused to take a chemical test so officers obtained a warrant for a blood draw.

After the blood draw, Brooks was arrested on charges operating a vehicle while intoxicated, OWI resulting in injury, domestic battery, and resisting arrest and was transported to the Lawrence County Jail.