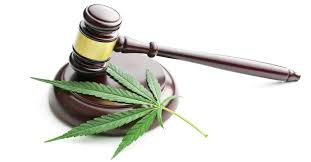 (INDIANAPOLIS) — Republican legislators agitated with an Indianapolis prosecutor’s refusal to press charges for possessing small amounts of marijuana are seeking to empower the state attorney general to appoint a special prosecutor to take over such cases.

An Indiana Senate committee endorsed a bill Tuesday on a 6-3 vote that would let the attorney general’s office step in if a county prosecutor announced a policy of not enforcing a law or was found to have “categorically elected” to not do so.

The proposal comes after Democratic Marion County Prosecutor Ryan Mears announced in September that his office wouldn’t pursue charges against adults for possessing about 1 ounce or less of marijuana, saying the office would focus on prosecuting violent crimes. Since then, officials in northwestern Indiana’s Lake County started considering whether to give sheriff’s deputies the discretion to write a $50 to $250 ticket for small levels of marijuana, instead of taking someone to jail.

Republican Sen. Michael Young, of Indianapolis, said his proposal wasn’t just about Mears’ action and pointed to decisions by prosecutors in Boston and San Francisco to stop pressing charges in cases such as trespassing, disorderly conduct or prostitution.

“It’s because of the social justice prosecution phenomena that’s going on throughout the country,” Young said. “I wanted to try to head it off in Indiana.”

Republican Attorney General Curtis Hill and most GOP legislators are firmly against marijuana legalization as has happened in Michigan and Illinois. Parvonay Stover, the attorney general’s government affairs director, told the committee the office believed prosecutors should make charging decisions on a case-by-case basis and respect the Legislature’s decisions on making something a crime.

The Indiana Prosecuting Attorneys Council argued the bill wrongly usurped the discretion that county prosecutors must have about how to use their staff and budgets on which cases to pursue.

David Powell, the council’s former executive director, said prosecutors must make tough decisions such as he did in filing three death penalty cases in his 20 years as a local prosecutor.

“I know of (prosecutors) that would never file the death penalty because they don’t believe in it,” Powell said. “So, should they be removed from office?”

The bill, which now goes to the full Senate for consideration, opens the door to “a political circus” and leaves questions about prosecutors quietly decide against charging some crimes, said Democratic Sen. Karen Tallian of Odgen Dunes, who has long advocated for marijuana legalization.

“I think one of the things this bill will do is to encourage prosecutors to do something and not make it transparent,” Tallian said.