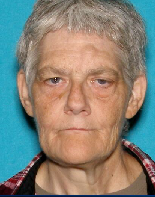 (COLUMBUS) – A Columbus woman is being accused of anonymously mailing prescription drugs to her ex-husband’s workplace, in a scheme to get him in trouble.

Police say 58-year-old Lafern K. Gibson was upset because her former husband was involved with a new girlfriend.

After starting the mailings, she then contacted the Bartholomew County Joint Narcotics Enforcement Team to report that he was having drugs shipped to his workplace. The packages had no return labels.

Local officials worked with the Postal Service to gather video of Gibson mailing four of the packages from the Columbus post office.

Two of the packages contained Schedule IV drugs, so Gibson was jailed on two preliminary counts for felony drug dealing.