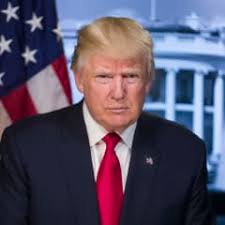 (WASHINGTON) — Senate Majority Leader Mitch McConnell plans to give House impeachment managers and President Donald Trump’s legal team each 24 hours divided over two days for their opening arguments in the Senate’s impeachment trial, a move that indicates Senate Republicans are pushing to finish the trial as quickly as possible — ahead of the President’s February 4 State of the Union address.

The timeline laid out in the Kentucky Republican’s four-page organizing resolution, which was obtained by CNN, is a break from the impeachment trial of President Bill Clinton, when the 24 hours were split over a four-day period.

Democrats oppose McConnell’s schedule, which House Democratic aides said Monday was an effort to “conceal the President’s misconduct in the dark of night.”

“It’s clear Sen. McConnell is hell-bent on making it much more difficult to get witnesses and documents and intent on rushing the trial through,” Senate Minority Leader Chuck Schumer of New York said in a statement. “On something as important as impeachment, Senator McConnell’s resolution is nothing short of a national disgrace.”

The condensed timeline for opening arguments raises the prospect that the trial will have 12-hour days and go late into the night, as the trial begins at 1 p.m. ET each day.

The Senate will debate and vote on McConnell’s resolution today, kicking off the trial in earnest after the ceremonial proceedings last week.

Schumer said he would offer amendments today “to address the many flaws in this deeply unfair proposal and to subpoena the witnesses and documents we have requested.”

Schumer and Senate Democrats have pushed for the Senate to hear from four witnesses, including former national security adviser John Bolton and acting White House chief of staff Mick Mulvaney, and to subpoena documents that the White House blocked from the House’s impeachment inquiry.

But McConnell says he has Republican votes to back the rules resolution without Democratic support.

White House legislative affairs director Eric Ueland said in a statement the White House is “gratified that the draft resolution protects the President’s rights to a fair trial.”

“We look forward to presenting a vigorous defense of the President on the facts and the process as quickly as possible, and seeking an acquittal as swiftly as possible,” he said.

The organizing resolution is the opening salvo in what’s shaping up to be a bitterly contested impeachment trial after the House passed two articles of impeachment last month charging Trump with abuse of power and obstruction of Congress. The House managers and the President’s legal team will be doing the arguing in public — senators can only debate in closed session during the trial— but an intense debate over the direction of the trial nevertheless is likely to play out between Republican and Democratic senators while Schumer looks to peel off four GOP senators to support subpoenaing witnesses and documents.

McConnell’s organizing resolution puts off the question of witnesses until after the two sides present their opening arguments and there are 16 hours of questions for senators, which they will ask through Supreme Court Chief Justice John Roberts, who is presiding over the trial.

At that point, the resolution includes a proposal in which the Senate would vote on a motion on “whether it shall be in order to consider and debate under the impeachment rules any motion to subpoena witnesses or documents.”

Should enough Republicans vote with Democrats to call witnesses, the White House and Republican allies will be ready.

A senior administration official and a person familiar confirm the White House has been involved in discussions with GOP allies over the last several days to make sure they’re ready in the event Democrats get enough votes to allow witnesses to be called to testify.

The sources say part of those discussions involve the implications, such as executive privilege concerns if Bolton, Mulvaney, Office and Management and Budget official Mike Duffey and White House aide Rob Blair are forced to publicly testify.

Testimony from those officials could be damaging for the President because of their firsthand knowledge of the administration’s dealings with Ukraine.

“There are a series of contingencies. We’re prepared,” the senior administration official said. The Washington Post first reported on the White House/GOP strategy discussions regarding witnesses.

The number one focus for the White House, according to the sources, is to make sure Schumer does not get the necessary 51 votes. “You’d have to get 51 senators to say the Senate is going to waive executive privilege. That’s a pretty tall order,” one of the sources said.

The resolution’s language providing for a vote on whether to call witnesses followed exhaustive negotiations between McConnell’s office and the Senate’s Republican moderates, including Sen. Susan Collins of Maine, who is up for reelection, Mitt Romney of Utah, Lamar Alexander of Tennessee and Lisa Murkowski of Alaska. Aides familiar with the negotiation told CNN that staff went word by word through the resolution, dissecting what language would be enough to garner the moderate votes McConnell would need to pass the resolution with just Republican support.

In a statement Monday, Alexander praised McConnell’s proposed rules, saying the resolution “guarantees a vote on whether we need additional evidence at the appropriate time.” He added that the proposal “establishes fundamentally the same rules that the Senate approved by a vote of 100-0 for the Clinton impeachment trial in 1999.”

The resolution does not name any specific witnesses. If any witnesses are subpoenaed, the resolution says, they will be deposed first, before the Senate decides whether they will testify.

McConnell has said he was modeling the impeachment trial of the President after the Clinton trial, but there are differences in the organizing resolution beyond just the timeline. The resolution does not automatically admit the House’s evidence that has been submitted to the Senate, and instead allows for a vote on whether the evidence should be admitted for the trial. The Senate GOP leadership aide said that the evidence in the Clinton trial was different than the House’s in this case, because it came from a federal grand-jury process, and not the impeachment inquiry where Republicans say the President was denied due process.

But Democrats are likely to argue that Senate Republicans are trying to suppress evidence that’s harmful to the President — particularly the new developments that have occurred since the House impeached Trump last month, such as the Government Accountability Office ruling that the President violated the Impoundment Control Act by withholding the Ukraine security assistance.

There is no mention of a motion to dismiss the impeachment articles in the organizing resolution, something that the President and his congressional allies have pushed for. But there is an option for motions in the trial after the resolution on hearing from witnesses, which would present an opportunity to propose a motion to dismiss later in the trial. The Senate Republican aide said that the President’s legal team has the right to make a motion to dismiss right after the rules resolution is adopted, but such a move is not expected given that Senate Republicans, including McConnell, have said they’re opposed to that tactic.