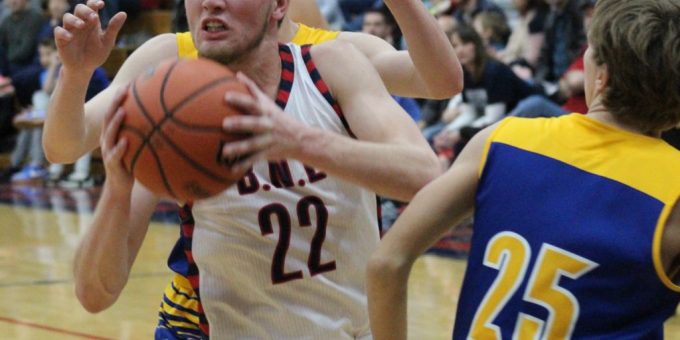 BEDFORD – The burden of protecting The Streak has shifted. Welcome to the rivalry, Jeff Hein.

Well, rivalry in the sense it’s Lawrence County neighbors, connected by families and familiar friends, by a long history. In terms of results? Not so much. Bedford North Lawrence leads the series with Mitchell 44-1 and has won 33 straight. That’s total domination.

Hein, the first-year BNL coach, is no stranger to rivals. Every school has them. This will be his first taste of the local flavor, and he inherits the pressure that comes with the expectation of winning every year. Nobody from the north wants to be the one to drop the ball, everybody from the south wants to summon the ghosts of 1986 and end it.

BNL (6-7) will visit Mitchell (5-4) on Friday night, both teams needing to stop recent skids. The Stars have lost two straight and five of their last seven, while the Bluejackets have suffered three consecutive losses after a great start. Add a measure of urgency to the volatile mixture of emotion and excitement.

”This is big for us, there’s no question about that,” Hein said. “We need to find a way to go over there and play well. It’s a big game.”

BNL’s slump came against teams (Warren Central and Evansville Reitz) now ranked in the Class 4A poll. That has not lessened the sting. Hein remembers just a month ago, when the Stars ripped off four straight wins. He wants that team back.

“I’d like to see us get back to the point where we were on that four-game win streak, defending like that, defending with purpose and really playing together on the defensive end of the floor,” he said. “If we win, it will be because of that.”

If defense is the key, then the focus falls on Mitchell stars Michael Bell (averaging 17.7 points per game) and Jarrett Phillips (12.0). They’ve been the consistent parts while the Jackets have fought through minor injuries and absences. Both were factors during last year’s clash as Phillips scored 18 against the Stars and Bell came off the bench for 15.

“Michael is hard to guard, pretty smooth with the ball, a quick first move,” Mitchell coach Doug Thomas said. “He can do a little bit of everything. He’s had some games where he’s played really well offensively.

“We play pretty hard and most of the time try to speed teams up, pick up full court and get after it with some tough man-to-man defense in the half court. That’s where our strength lies. We have aggressive guys that give everything they have all the time. That’s the story of what makes us go.”

What makes BNL go? That’s pretty obvious. Senior guard Brayton Bailey is averaging 21.0 points, 8.3 rebounds and 5.3 assists. He leads the Stars in all those categories, nobody is a close second. BNL has needed a second or third option at times, and the lineup will be juggled in search of some contributions. But Bailey has been, and will be, the guy.

“He’s going to be almost impossible to stop,” Thomas said. “We want to slow him down as much as we can. One-on-one, there’s very little you can do, other than try to stay in front and contest the shot as best you can.

“Once he gets going downhill, it’s not an impossible job but a very difficult job very few teams can do. He’s a big focus so we have to know where he is all the time. He’s a handful. He can hurt you in a lot of different ways. He’s what makes them go.”

Predicting the outcome in this series has not been difficult, although last year’s 80-50 conclusion was a little misleading. Mitchell battled within 31-28 late in the first half. But when Peyton Moore, Mitchell’s leading scorer a year ago, was whistled for his fourth foul with 7:00 left in the third quarter, with the margin still within range at 38-31, that signaled the beginning of the end. From that point, the Stars streaked away.

Jathan Ritter swished two 3-pointers, Mollet added another, and McCall Ray knocked down one as the Stars surged to a 54-39 advantage. When the Stars started the fourth quarter with a 16-2 burst, highlighted by two Lane Hawkins layups, the Bluejackets were done. Ray totaled 20 points while Ritter and Bailey scored 18 apiece.

“They have some good players, they were playing well earlier in the year,” Hein said. “They like to get up and down the floor and play fast. We’ll have to go to their place and play well.

“We have to treat it like any other game. Control your emotions, take a deep breath, go out and play by instinct.”

Last meeting: Last year at BNL, the Stars pulled away in the second half and topped Mitchell 80-50. McCall Ray had 20 points while Brayton Bailey and Jathan Ritter totaled 18 each for BNL. Jarrett Phillips scored 18 and Michael Bell came off the bench for 15 for the Bluejackets.

Game notes: BNL leads the series 44-1 and has won 33 straight since Mitchell’s only victory in 1986. Mitchell has come within single digits only once in the last 12 meetings.