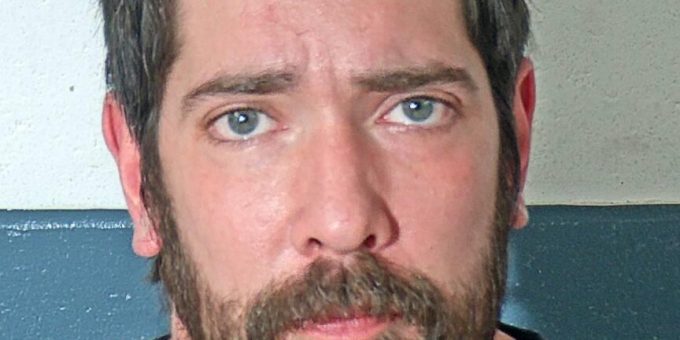 (BEDFORD) – A Mitchell man was arrested after Lawrence County Sheriff deputies received a request for a welfare check on an adult female and a child in a home in the 1000 block of Bryantsville Road on Friday night.

“Officers responded to find an adult female in the garage and the garage was secured in such a way as to not allow anyone to leave it,” says Chief Deputy Aaron Shoults. “The adult female was suffering from swelling and bruising to her face, alleging that the suspect inflicted those injuries.”

During the investigation, an officer located 35-year-old Brandon Dodds in a vehicle near the home.

“He was subsequently arrested for OWI and invasion of privacy charges,” added Chief Deputy Shoults. “A three-year-old child was with him.”

After learning of the woman’s injuries, charges of criminal confinement and battery in the presence of a child were added.

Dodds was transported to jail without incident.