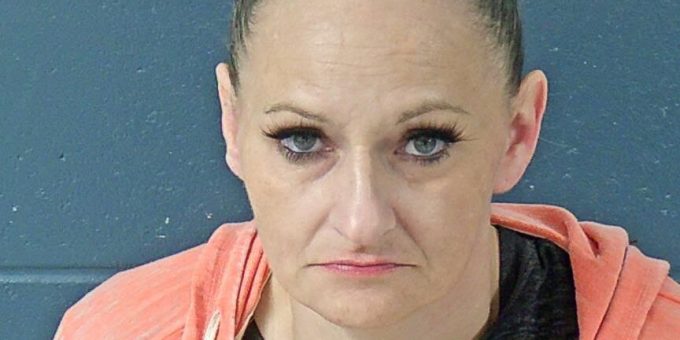 She was arrested after Troopers Caleb Garvin and Sgt. Greg Day conducted a traffic stop along State Road 37, just south of Ingram Road, on a black Chevrolet Avalanche for a traffic violation.

While at the vehicle speaking with the occupants, troopers detected indicators of criminal activity.

The female passenger, later identified as Hardy, was unable to produce any identification. She gave troopers a name, date of birth, and social security number that were all found to be false. Troopers were able to eventually confirm her true identity and discovered that Hardy had two active arrest warrants – one from Monroe County and one from Owen County.

Trp. Richard Klun arrived and deployed his canine, Loki, who gave a positive alert for the presence of drugs in the vehicle. As troopers arrested Hardy for her warrants, they located approximately 28 grams of meth in her possession.

Hardy was arrested and then incarcerated at the Lawrence County Jail on charges of possession of meth over 10 grams, identity deception, and the two warrants. Anyone with information about illegal drugs is encouraged to contact the Indiana State Police Bloomington Post at 812-332-4411.