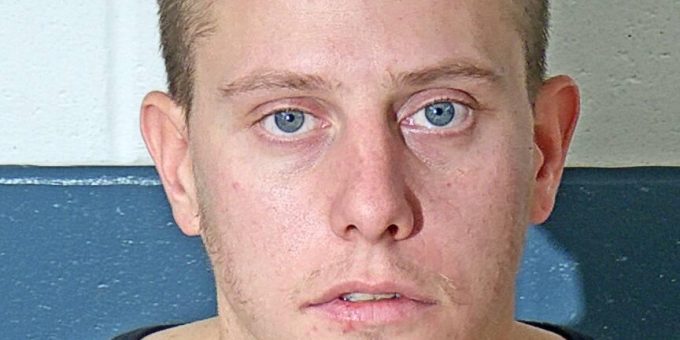 (BEDFORD) – An Indianapolis man was arrested by Bedford Police Officers at 10:51 a.m. Tuesday after they responded to the Great Escape Theater after an audible alarm sounded.

“Officers checked the building and noticed a vehicle parked in the corner of the parking lot with two individuals inside,” says Chief Terry Moore.

The driver was identified as 29-year-old Lordmeister Swift Eagle Powers, of Indianapolis.

K-9 Ciro was called to the scene and alerted officers to possible drugs in the vehicle.