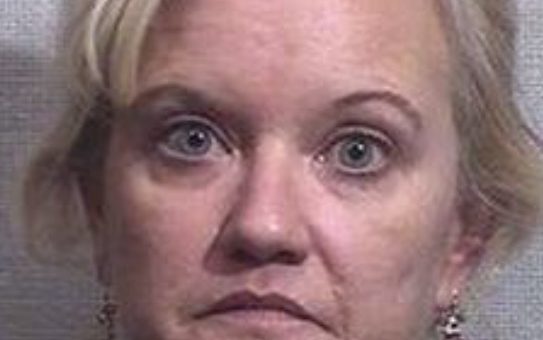 (SEYMOUR) – A school teacher at Seymour-Jackson Elementary School was arrested for theft on Friday evening.

Meredith Charlton 46, is charged with theft, a Class A misdemeanor, after an investigation following reports of thefts to School Resource officer Keith Williams.

On Friday, police placed surveillance cameras in the office of the school. That same day money was marked and placed in a desk in the office.

Charlton was seen in the office going through an employee’s desk that contained the marked money. Charlton denied taking anything and Officer Williams obtained a search warrant.

Jail Officer Teia Thomas assisted Williams with the search at the school.

A $20 bill was located on Charlton that matched the serial number for the cash missing from the desk in the office.

Charlton was placed under arrest and transported to the Jackson County Jail. She was released on her own recognizance.