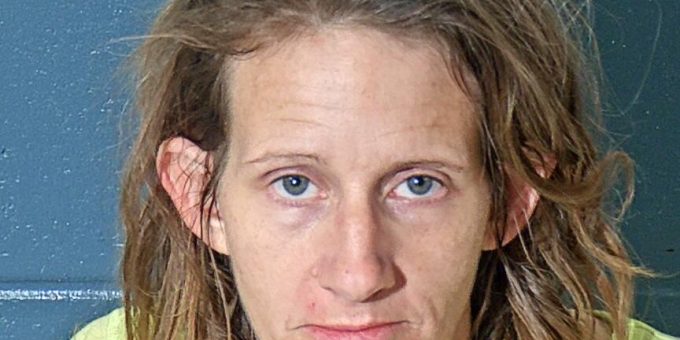 (BEDFORD) – A Mitchell woman was arrested early this morning after Bedford Police stopped her vehicle at US 50 East and Leatherwood Road.

Police stopped 37-year-old Jessie Jackson’s vehicle after the officer confirmed the plates on her vehicle were expired.

“While speaking to the officer Jackson seemed very nervous,” said Chief Terry Moore. “Officers then received consent to search her car. During that search, officers found evidence of methamphetamine. Jackson stated she had just sold three grams of meth and still had at least 7 grams still on her.”

Officers located 7.88 grams of a crystal substance that tested positive for meth.

Jackson was arrested on charges of dealing meth and possession of meth more than 5 grams.