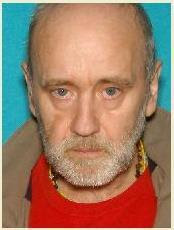 (COLUMBUS) – A Statewide Silver Alert has been declared for a Columbus man.

The Columbus Police Department is investigating the disappearance of Cameron Dwayne Reed, a 56-year-old white male, 5 feet 10 inches tall, 180 pounds, grayish-white hair with blue eyes, last seen wearing a stocking cap, black and red checkered jacket and has a tattoo of a bird on his right forearm.

Cameron is missing from Columbus, Indiana which is 46 miles south of Indianapolis and was last seen on Wednesday, at 11 pm. He is believed to be in extreme danger and may require medical assistance.

If you have any information on Cameron Dwayne Reed, contact the Columbus Police Department at 812-376-2600 or 911.

This concludes this Silver Alert.