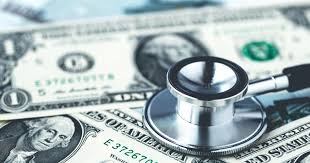 Indiana currently ranks highest in prices paid to hospitals by private health insurance plans, according to The Journal Gazette, but the problem is not the actual cost or charge of a procedure — it’s what individuals ultimately pay after insurance.

“It appears to have momentum,” Tabor said. “At a minimum a person could get a benchmark — for instance, for what a typical knee replacement would cost them in northeast Indiana.”

Last month, the Trump administration announced a transparency rule that requires hospitals to publish their standard prices online, including negotiated rates for insurers and cash-discount rates.

Tabor said there is a universal agreement that the consumer shouldn’t have to pay the extra costs after following proper procedure. Instead, it should be an issue settled between the insurance and the out-of-network doctor. However, some may disagree, questioning if there should be a flat fee set for certain skills or procedures, or whether there should be more of an arbitration process with an independent third party making the decision.

House Speaker Brian Bosma said he and other House Republican leaders are looking at two primary steps – a transparency portal for consumers, insurers and medical professionals to know the cost of procedures and further protections against so-called surprise billing, such as patients not knowing a specialists involved in their care wasn’t part of their insurance network.

Bosma said he is sure some lawmakers will make the nonprofit status of hospitals part of the discussion.

“It’s possibly worthy of that as well,” he said. “We want to make sure nonprofits are truly nonprofit. But we also don’t want to interfere with those folks that are doing the right thing.”