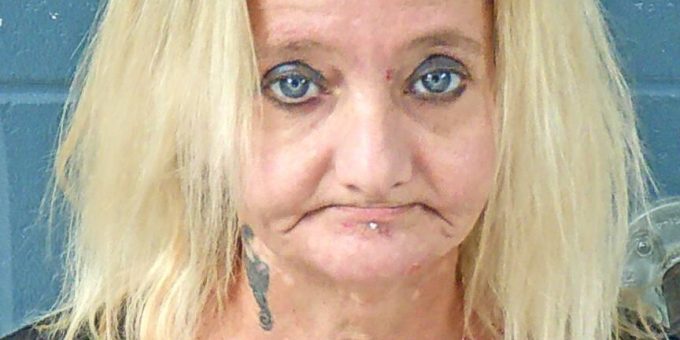 (BEDFORD) – A Bedford woman was arrested on a charge of possession of a controlled substance.

Bedford Police officers stopped 43-year-old Kattie Johnson on a traffic stop after she made an unsafe lane change.

“While speaking to officers, the officers noticed she dumped the ash tray of the vehicle into a bag,” says Chief Terry Moore. “And she wouldn’t stop reaching around inside the vehicle.”

Johnson was asked to exit the vehicle and gave officers consent to search the vehicle.

“While searching the vehicle the officer located a pill inside the bag he had witnessed Kattie messing with earlier,” Chief Moore added. “Kattie did not have a prescription for the pill which was identified as a Schedule III controlled substance.”

Johnson was arrested on a charge of possession of a controlled substance.