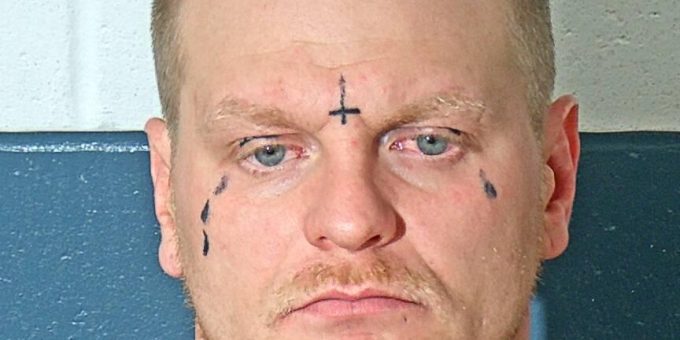 (MITCHELL) – A Terre Haute man was arrested after the Lawrence County Drug Task Force executed a search warrant in a home in the 500 block of South Meridian Road at 11:39 p.m. Wednesday.

Police arrested 37-year-old Christopher Davis on charges of dealing in a counterfeit substance, and possession of meth, possession of marijuana and drug paraphernalia and the warrant out of Vigo County.

“Detectives had confirmed information that Davis had a valid outstanding arrest warrant out of Vigo County,” says Chief Deputy Aaron Shoults. “Once inside the residence detectives located a white powder residue and a scale that tested positive for meth. They also located a white crystal substance that was later determined to be a cutting agent for meth and used by meth dealers, which apparently was being sold as meth.”

Davis was arrested without incident and transported to the Lawrence County Jail.