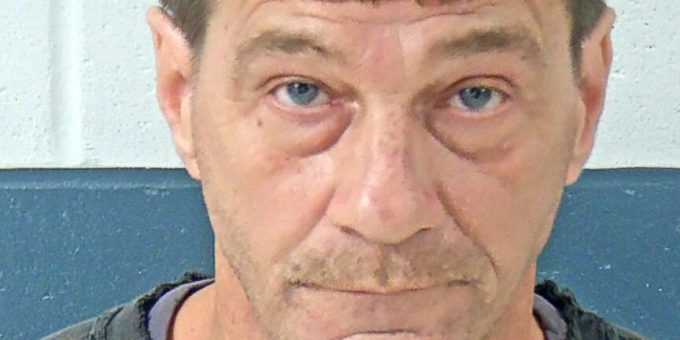 (BEDFORD) – A Paoli man is facing two counts of home improvement fraud after he took a Bedford couple’s money and never completed the job or returned their money.

Police arrested 52-year-old Kelly Wright, of Paoli, on two counts of home improvement fraud. He was booked into the Lawrence County Jail at 5:25 p.m. Thursday.

On August 6th at 12:36 p.m., a Bedford couple came on station to speak to an officer about home improvement fraud.

The couple told Capt. Andrew Phillips that they had requested an estimate from Wright’s Heating and Cooling for a 5-ton heat pump and a Goodman furnace. They were attempting to get the system so they could get a rebate through Orange County REMC.

On July 12th the couple was given an estimate and told Wright to install the units. The couple gave Wright $6,000 in cash at Wright’s request. The couple asked for a contract and Wright said he didn’t have one but did give the couple a receipt for the cash.

On July 23rd, Wright dropped off a smaller heat pump and a cheaper furnace then what the couple had ordered. The couple complained to Wright about the wrong units.

On July 26th, Wright came and picked up the units he had dropped off.

On July 27th there were some text messages exchanged between the couple and Wright. Wright told the couple “I will have 3000.00 tom. Other 3 within 7 days.”

On July 30th the couple dropped off some additional parts that Wright had left behind and asked about their money. The couple told Wright he had until August 6th to repay the deposit or they would file a police report.

Capt. Phillips contacted the couple and they agreed to wait until August 16th for their money.

On August 19th the couple called Det. Phillips to report they had received a phone call from Detective Mesarosh from the Paoli Police Department saying Wright’s home had been robbed and their money was missing.

Capt. Phillips then called the Paoli Police Department and learned Wright had reported that someone had broken into his home and stole the couple’s money and that he had hidden in a pair of shorts in a dresser drawer. Police did note in their report that there was no forced entry to Wright’s residence.

On August 22nd Capt. Phillips spoke with the couple and they wanted him to call Wright to see if they could get them the parts need to complete the job and they would hire someone else to install the units.

On August 22nd, Capt. Phillips spoke to Wright’s father who said Wright was not there because he was out “hustling” to get the couple’s money and should have it in 10 days. He also told Capt. Phillips that Wright’s home had been burglarized and that the money was missing along with some of Wright’s money and other items.

When Capt. Phillips asked about getting the units back and parts, Wright’s father said it would cost the couple an additional $2,500 more than the original quote.

Capt. Phillips spoke to the couple who said they now just wanted their money back and would wait the 10 days.

On August 26th, Capt. Phillips again attempted to call Wright, but his phone had been disconnected or the number changed.

On September 3rd, Capt. Phillips contacted the couple who reported that Wright had not returned their money and they had not heard from him and they wanted to pursue charges.

The report was forwarded to the Lawrence County Prosecutor’s Office who filed charges and issued an arrest warrant for Wright.