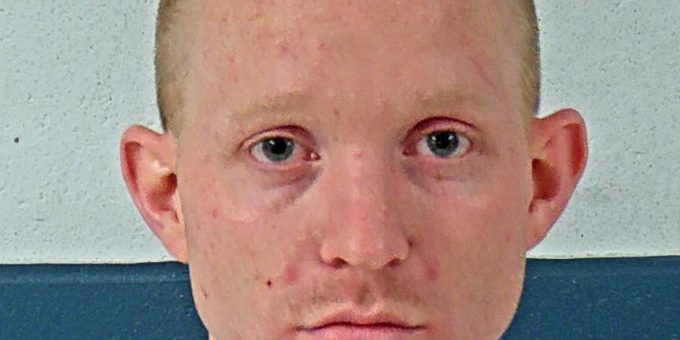 (BEDFORD) – A Springville man was arrested after Bedford Police were called to Arby’s about a possibly intoxicated driver in the drive-through lane.

When officers arrived just before 8 p.m. they found 28-year-old Marc Korvela Jr. in the driver seat of a vehicle parked in the parking lot.

“While speaking with Korvela officers had reason to believe he had been drinking,” says Bedford Police Chief Terry Moore. “Officers asked him to step from the vehicle and he refused.”

Officers physically removed Korvela from the vehicle and told him he was wanted on an active warrant for failure to appear in Monroe County.

Korvela was transported to the Bedford Police Department where he agreed to perform a field sobriety test but refused to do a breath test.

During the interaction with Korvela, officers located drug paraphernalia, meth, marijuana, and two pills identified as a Schedule IV controlled substance that he did not have a prescription for.