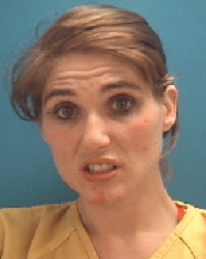 (COLUMBUS) – A Columbus woman was arrested early Sunday morning after leading police on a pursuit that reached speeds of more than 100 miles per hour.

A Columbus Police officer attempted to stop an Acura that was traveling with no headlights at 2:55 a.m. near Fifth and Washington Street. Police then learned that the vehicle was stolen.

The driver of the car, 33-year-old Whitney Watkins, failed to stop and increased her speed.

The pursuit continued out of town south on US 31 and reached speeds of more than 100 miles per hour.

Police say Watkins ran over three tire deflation devices before losing control of the Acura and striking a curb on US 50 near Seymour.

Watkins was arrested on charges of resisting arrest, theft of a motor vehicle and reckless driving.