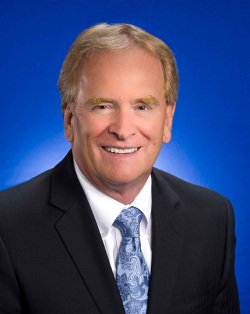 (MUNCIE) — A central Indiana mayor has been arrested by FBI agents amid an ongoing federal investigation that’s resulted in the city’s former building commissioner pleading guilty to money laundering and wire fraud.

An FBI spokeswoman says Muncie Mayor Dennis Tyler was arrested at his home Monday morning and was in custody. FBI spokeswoman Chris Bavender referred questions to the U.S. attorney’s office in Indianapolis, which said it would release information about charges against Tyler later Monday.

Tyler is a Democrat who’s been mayor for eight years after serving in the Indiana House and didn’t seek reelection this year. It wasn’t immediately known whether he had a lawyer.

Prosecutors alleged the city’s building commissioner steered work to companies he owned and then billed the city more than $376,000 for demolition work that was either never done or performed at inflated prices.