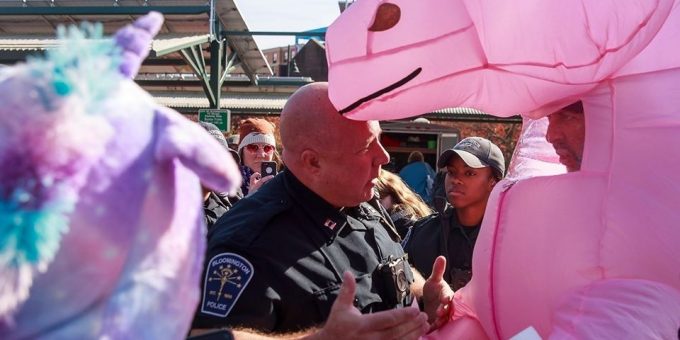 (BLOOMINGTON) – The Monroe County Prosecutor’s Office is reviewing citations issued to five people at the Bloomington Community Farmers’ Market on Saturday to determine if more charges will be pursued.

The five protesters with the Purple Shirt Brigade were removed by Bloomington Police officers from the Bloomington Community Farmers’ Market and issued trespass and disorderly conduct citations.