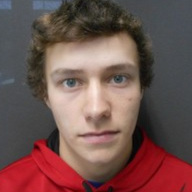 Police say 20-year-old William Thomas Smith learned a warrant had been issued for his arrest on Tuesday and turned himself to Indiana State Police. He was booked and then posted bond and was released.

His initial hearing is November 20th at 9 a.m.

Indiana State Police began their investigation on August 13th after receiving a report from the Dugger Town Marshal about the crimes.