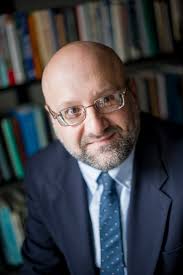 How much of a climb may also depend on economic and political factors now in play, he added.

Horwitz, the Distinguished Professor of Free Enterprise, points out that the National Retail Federation (NRF) recently released its prediction for retail sales for the 2019 holiday season. Excluding car dealerships, gas stations, and restaurants, NRF foresees a 3.8 to 4.2 percent increase in spending compared to the 2018 season. This exceeds the roughly 3.7 percent average annual increase over the last five years, he said.

“The consistent growth in holiday retail sales is a reflection of both the long-term growth in the U.S. economy and its relatively strong performance over the last few years,” Horwitz said. “Americans have more disposable income to spend on holiday gifts, decorations, and parties. This indicates that we have become increasingly able to meet our basic wants for food, shelter, and clothing and can afford to spend on gifts, entertainment, and fun, whether for the winter holidays or everything from Valentine’s Day to Halloween.

“Our larger indulgences in these celebrations is a sign of progress and prosperity.”

The economist also believes that in the short-term, wage growth and low unemployment are likely to encourage consumer spending this season, despite increasing economic uncertainty due to everything from tariffs to political instability.

“Increased consumer spending does not necessarily mean that people are better off if that spending is due to higher prices caused by tariffs,” Horwitz said.

“If some of the increase in retail sales is a result of the tariffs, it reflects losses to households who are getting fewer goods and services for the amount they are spending.

“Finally, the effects of uncertainty created by the impeachment process are hard to account for. If households become increasingly concerned about political instability, it may reduce their willingness to spend and cause retail sales to fall short of the NRF estimate.”