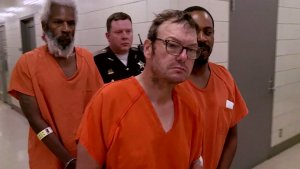 (INDIANAPOLIS) – A truck driver accused of killing a mother and her twin daughters in a deadly crash in July on I-465 was found competent to stand trial by a pair of doctors.

Police says Pollard who was driving a semi-tractor trailer didn’t notice traffic has slowed for construction, got distracted reaching for his iced tea. The incident caused a chain-reaction crash.

Uncertainty about Pollard’s mental health surfaced as soon as he was arrested. According to court records, Pollard showed no remorse for killing three people.

In August Pollard’s attorney, Jack Crawford, filed a motion seeking a psychiatric exam after he says Pollard showed signs he was suffering from mental illness and asking almost “child-like.”

Crawford and the prosecutor’s office both confirm two doctors have ruled Pollard is competent, although the judge will have the final say based on two factors – he is able to assist his attorney at trial and understands the charges against him.

If the judge agrees with the doctors’ recommendations, Pollard would be allowed to go to trial. That trial is set for January of next year.