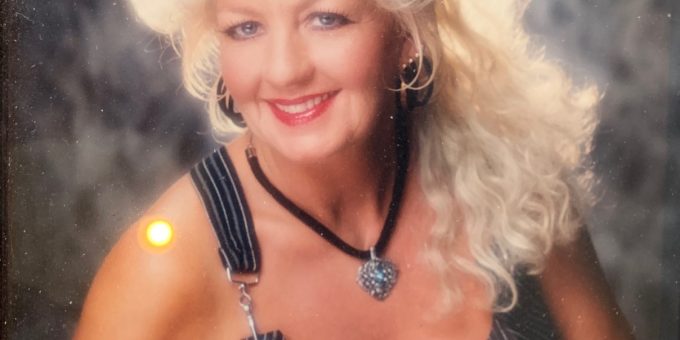 Phyllis E. Thompson,71, long-time resident of the Springville area passed away at 1:49 p.m. on November 7, 2019, in her home surrounded by family.

Born July 11, 1948 in Vallejo, California. She was the daughter of Otto and Lynn (Doughtery) Hays. Phyllis had two half-siblings; a brother on her mother’s side and a sister on her father’s side. Phyllis pursued a career in the medical field as an LPN. In 1968 she met her husband, Ronald E. Thompson in Anaheim, California. They moved back to Springville where they’ve been for over 51 years.

Phyllis was many things; a wife, mother, grandmother, a best friend a partner in all ventures, and above all she was an animal lover. When she moved to Springville newly married, she hadn’t had much farm experience but that quickly changed. They started off with a full-fledged hog farm where she farrowed the pigs and ran the nursery. Then eventually got into purebred Simmental cattle where the two boys started to show 4-H.

Phyllis and Ron became 4-H beef leaders and joined the fair board. At that time the 4-H fair had plans to grow and they volunteered to head up the entertainment committee. Phyllis really excelled at this as they attended the national fair convention in December each year in Las Vegas for more than 10 years. They booked magic acts, animal acts, illusionists but Phyllis gave the most input on music acts who included some big-name acts helping put the Lawrence County fair a show to attend each year. Toby Keith, Sawyer Brown, Confederate Railroad, Billy Dean, Billy Ray Cyrus, Lone Star and many others.

Since she was a little girl Phyllis had always loved horses. Her father would drive an hour both ways to a barn in California for her to ride. Since getting married her and Ronald have had horses off and on but really got into them after the arrival of their granddaughter, Allison. Under the farm name Three T Rockies they have established one of the top Kentucky Mountain horse breeding and training facilities in the country. Every horse exhibits the personality and love Phyllis exposed them to each day from birth with hands of love and trust. Whereat horse shows winning Indiana championships or in Kentucky winning International Championships personality always impressed the competition and public. The best salesman became owners of their horses, Phyllis set the tone of training with love and an apple. Whether it was a pig, cow, horse or kitty the animals always met the visitors at the gate. Phyllis was truly an animal’s friend. Our Veterinary said he hoped to come back as one of Phyllis’s horses.

She was preceded in death by her parents, Otto, and Lynn Hays, half – brother Don Young, father-in-law Hobert Thompson and brother-in-law Bobby Martin.

A celebration of life will be at a later date.

In lieu of flowers, donations may be made to the White River Humane Society or an animal rescue of your choice.