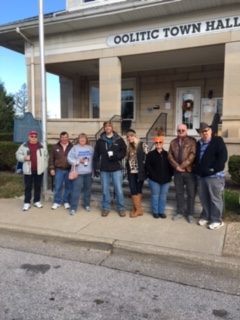 (UNDATED) – Saturday was another day for voters to take advantage of early voting.

Jeff Lytton was the only person campaigning Saturday morning at the Lawrence County Courthouse. Democrat Joey Slone, Mitchell City Council District 3 Candidate, was the sole candidate seen at the Emerson Gym on Saturday.

The Republican candidates for perspective offices in Oolitic had to remove their campaign signs because it did not contain the proper disclaimers required by Indiana Election Law. All the candidates removed their signs.

On Tuesday, polls will be open from 6 a.m. until 6 p.m. and WBIW will provide Election Coverage for all three municipal elections.