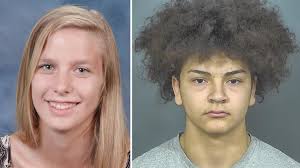 (MISHAWAKA) – An Indiana teenager pleaded guilty to charges related to the murder of a pregnant high school cheerleader, WSBT reports.

According to court records, Aaron Trejo, 17, pleaded guilty as part of a plea agreement during a hearing on October 30. He is charged with murder and feticide.

His sentencing hearing is scheduled for January 7, 2020.

Trejo is accused of stabbing 17-year-old Breana Rouhselang to death on December 8, 2018.

According to court documents, Trejo told police he got into an argument with Rouhselang about her pregnancy on the night of her death. She was six months pregnant and he was alleged to be the father, but he said neither of them wanted to have the baby.

He said he was mad she waited too long to get an abortion.

Ultimately, he stabbed Rouhselang in the heart, put her in a black plastic bag, put her body in a dumpster, and threw her phone and knife in a river.

Trejo told authorities “he had been planning and thinking about killing Breana and the baby for about a week and had not told anybody,” according to the affidavit.