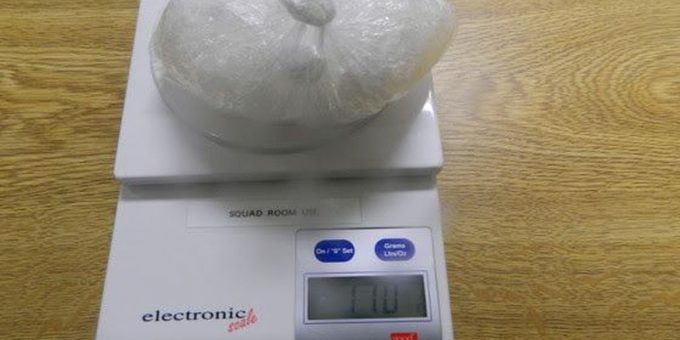 (JACKSON CO.) – Indiana State troopers arrested two people after finding drugs and what appeared to be a container filled with urine.

According to Indiana State Police, Trooper Randel Miller stopped a Chevy Impala on I-65 northbound, south of Seymour around 4 p.m. Tuesday.

Trooper Miller had a sense that something was not right, so Miller deployed his K-9 partner Jinx, who detected the presence of drugs in the car.

During a search, troopers found drug paraphernalia and a container of what appeared to be urine.

Troopers then discovered that a passenger in the vehicle, 38-year-old Autumn Officer, of North Vernon, was concealing about 170 grams of methamphetamine.

Trooper also arrested the driver, 38-year-old Charles F. Williams, of Seymour, on charges of conspiracy to deal meth and possession of meth.

Both were booked into the Jackson County Jail.