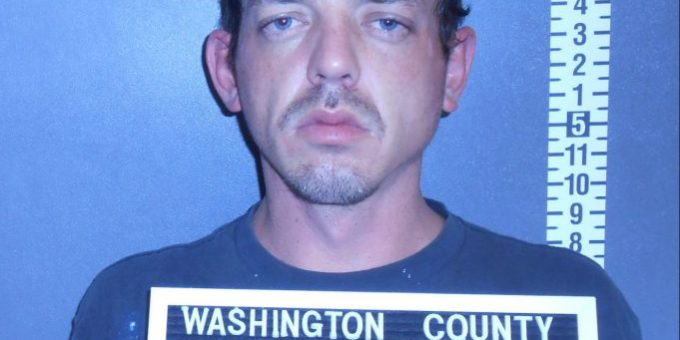 (SALEM) – A jury spent just a little over an hour to determine that Michael Sanders killed 35-year-old Skyler Naugle and then buried his body in a shallow grave in July 2018.

Sanders was arrested on July 26, 2018 and charged with the murder of Skyler Naugle in addition to tampering with evidence.

Naugle had been missing for more than a week when the police discovered his body.

Prosecutors say Sanders shot and killed Naugle by shooting him in the head with a .20 gauge sawed-off shotgun. Sanders then wrapped the body in plastic and buried it in a shallow grave near his home on East New Cut Road in Little York.

When police questioned Sanders, they became suspicious that Sanders had something to do with Naugle’s disappearance. That’s what led to a search of the property and the disturbing discovery.

Indiana State Police located the body wrapped in plastic in a shallow grave in a wooded area.

After being questioned by detectives, police say Sanders tried to leave the area.

Around 12:30 pm on July 26, 2018, police received a report of a stolen gold 2007 Ford Focus from East New Cut Road near the location where Sanders was last seen. Police swarmed the area looking for the vehicle. Austin Police stopped Sanders at Boatman and York roads near Austin and he was arrested.