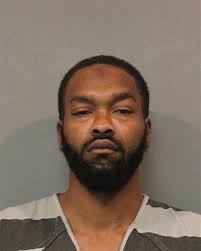 (GARY) — A Gary, Indiana man has been charged in the shooting deaths of three people and then setting a fire that destroyed the home occupied by the victims.

Gary police officials say Reginald Carter fatally shot his girlfriend and two family members on Friday. The Lake County prosecutors’ office announced Monday the 31-year-old Carter has been charged with three counts of murder and one count of arson.

Officials have not released any information about the victims, however family members say two of the victims were a woman and her son.