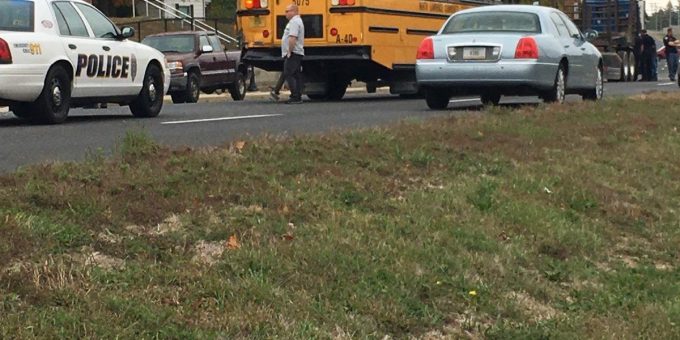 The accident happened at 3:33 p.m. on Monday at John Williams Boulevard and X Street.

According to a Bedford Police report, the bus driver, 53-year-old Rhonda Miller, of Bedford, suffered an asthma attack after the accident and suffered contusions and bruises to her chest during the accident.

Two students on her bus were also injured.

The other driver, 51-year-old Ronald Hollars, of Bedford, suffered minor bleeding to his shoulder and upper arm. He refused medical treatment following the incident.

Miller, who was driving the bus, was unable to speak to officers about what happened because of her medical condition. She did say she was turning left when the bus was hit by the semi.

Police stayed on the scene until Indiana State Police arrived on the scene to inspect the semi tractor-trailer. The trooper reported that there were no violations that could have contributed to the accident.

After both vehicles were inspected they were driven away from the scene.