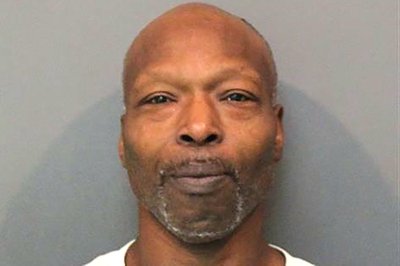 (MERRILLVILLE) — FBI agents have arrested a northwestern Indiana man in the 1988 rape and killing of a mother of four whose body was found in an abandoned home.

Tyrone Andrew McKee, 56, was charged Tuesday with murder, rape and other charges in the slaying of 23-year-old Colleen Callahan, according to FBI Public Affairs Specialist Chris Bavender.

Callahan’s body was found on Nov. 9, 1988, in the house in Gary, lying on a floor littered with broken glass and pieces of a window frame. She had several wounds and deep cuts to her legs. An autopsy indicated the cause of death was injuries from a blunt instrument.

Authorities reopened the cold case in 2018 and used modern forensics to connect McKee, of Merrillville, to the crime.

“With the advances in technology, especially DNA, increased resources and once reluctant witnesses now willing to come forward to provide information years later, cases that once did not have enough evidence to charge now become cases that can be prosecuted,” said Hobart police Sgt. Nicholas Wardrip, who is also a task force officer for the Indiana unit of the FBI’s Gang Responsive Investigative Team , or GRIT.

Online court records don’t list an attorney who could speak on McKee’s behalf.

This is the sixth cold case that GRIT has solved in a year, the FBI said.